The design for the Carrot Crawler was manifested mostly from imagination, though it was likely subconsciously inspired by vehicles like alien tripods from War of the Worlds or the structural makeup of viruses.  Both of these “vehicles” are configured in ways suitable for invasion, and so, my vehicle is designed for Peter Rabbit’s invasion of Mr. McGregor’s garden—the designated harsh environment.   Something to consider in regards to the nature of this environment was the need for stealth and cleverness.   Mr. McGregor and his cat are two obstacles that Peter must slip past in order to successfully steal his vegetables.  And so, the design is camouflaged with the appearance of being constructed out of carrots and cabbages.  In regards to attributes, Peter Rabbit is quick, sneaky, mischievous, and good at hiding; in regards to aversions, he does not like Mr. McGregor or his cat, or getting caught by either of the above; ultimately, he prefers vegetables—those from Mr. McGregor’s garden.  And so, all of these factors were considered when designing the Carrot Crawler.  The interior consists of a control room with computer screens and gadgets and a throne chair upon which Peter Rabbit might sit to direct his mission.  Below this space, there is compartment room for the stolen goods, under which there is a shovel that doubles as a drill in rotation.  The exterior is designed to look like a cabbage and the arms that move the vessel resemble carrots.  The leaves of these carrots have the ability to unfold into propellers should a quick, airborne escape be necessary.  The final renders depict potential encounters when Peter Rabbit takes his new Carrot Crawler out for its maiden voyage. 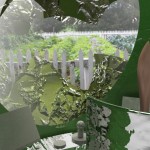 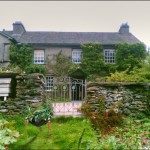 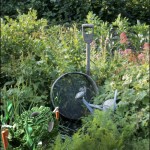 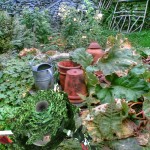 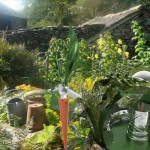 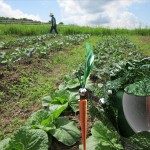 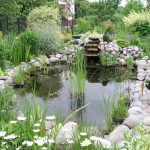 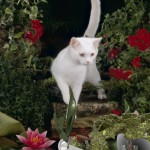 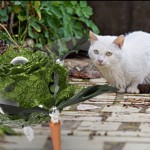 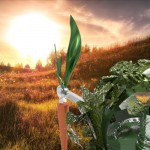 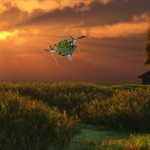