Tonight I worked on a few different things. First I worked a bit on the pelican, trying a mixture of extract and blend srf commands to mend the open edges. This has been a tedious process, as some commands like joinedge work better for certain naked edges than other combinations. There are also some edges that don’t seem to respond to any command so I need to be more creative with solutions to fix those. 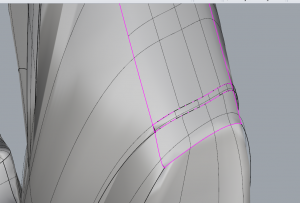 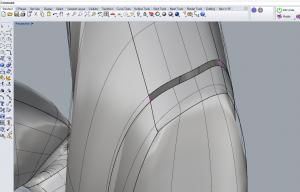 Next I went to the DSC to work on the 3d printer. When I got there, one of the supervisors was working on test pieces because the printer kept stopping and beeping in the middle of a job. We used my lego piece as a test 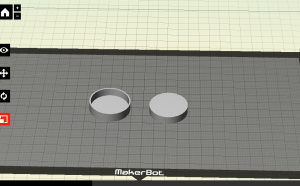 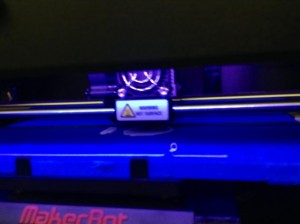 Like the cube she had been testing with, the printer worked for a minute or two then froze and made a beeping sound before getting to the end of the piece as if it had overheated but was showing no error message, all three times we tested it. We cleaned and refilled the filament, and then restarted, but there was no improvement. She said this has been happening for a while and that there has been talk of getting a new printer.

After that I worked on the Kscan software for the first time. I used it to scan myself sitting at the computer. I am going to practice more with this because the scan came out a bit bumpy. The smooth tool helped a bit. However I still came out with two noses. 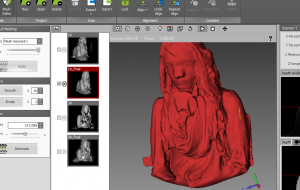 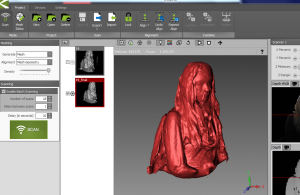