The culmination of the Independent Study will be a series of sculpture juxtaposition that describes different issues in society. These issues are not only general ones that we generally observe on media such as politics, environment, equality, but also include some of my experiences with art-making and my life on campus. Each juxtaposition will be a combination of seemingly unrelated elements that would become bizarre and expressive once they become fused together. By juxtaposing the objects, the content of each has a chance to interact, alternate and create meaningful expression.

In terms of style, juxtaposition is a suitable method for this final project. Firstly, it allows for simple background so that the audience can truly focus on what is happening. This will simplify a lot of composition problems and help me truly focus and able to make a series in stead of just a sculpture set with multiple camera angles as before. The amount of details that I can put on a single object can also increase significantly and that I don’t have to worry too much about big composition as a whole (which takes a lot of time evident in the second project. Secondly, juxtaposition allows me to make a better compare and contrast and fuse different elements however I like. And finally, juxtaposition is inherently expressive. Thus, it allows me to put my own opinion and emotion into the artwork. (My previous sculptures address quite big and general problem and don’t have much of individualism. 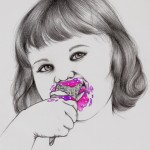 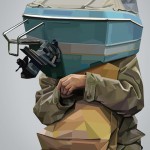 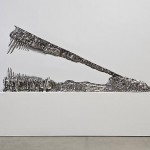 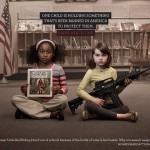 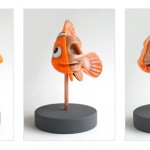 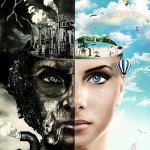 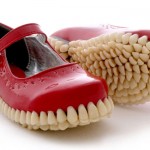 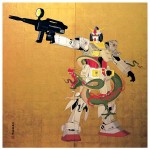 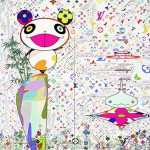 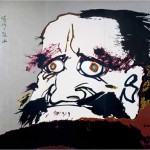 Intellectual researches for this project will be two days spent on enhancing the visual quality and the depth of the last two projects. Both projects have interesting geometry, yet doesn’t quite reach its full potential in terms of ideas. The colors from both projects don’t have strong impact to the viewers, but there are plenty of room for improvements. 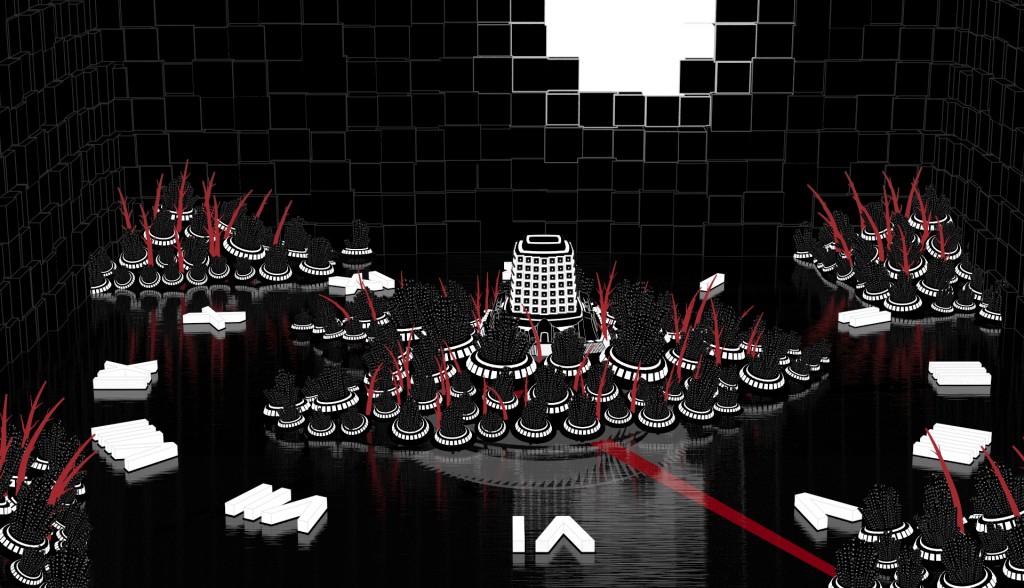 For the second project, there is a big imbalance of the amount of details in different parts of the artworks. There are a lot of details in the center, but most of them are similar and only serve to distracts any possible patterns of other parts. The buildings almost complete obscure the beautiful circle arrangements. These amount of details provide a nice contrast with the background, but the overwhelming contrast doesn’t provide any useful implication and makes the whole picture looks even more melancholic. The clock is supposed to bring the surrealist effect to the scene. But the overall tone of the picture is so dark that the clock brings little effect to the renders both visually and conceptually. Three hands are already enough for a reference to the clock in the pictures. Thus, possible enhancements for this project are: 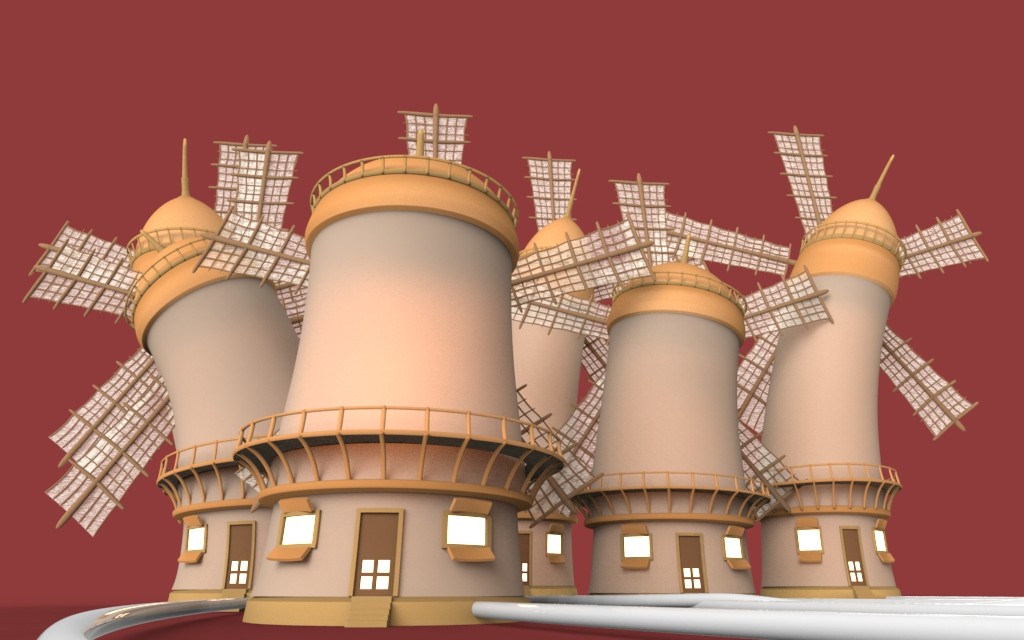 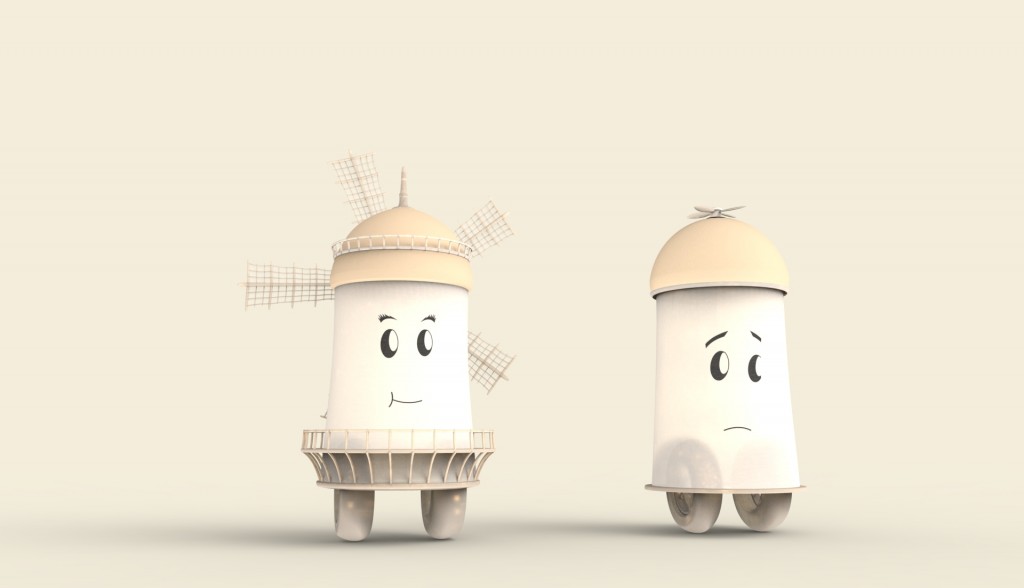 The geometry in the final renders were too grotesque and was not well received as the the right image. Since the googly eyes bring less serious attitude, I can use this geometry to bring massive quantity of these windmills in different size and context. These massively cloned puppets will actually turn out to look extremely grotesque and can be used to indicate a lot of social issues that related to violence. One composition I can think of right now is a dictatored windmill trapping a bunch of others in a grinding machine.

I will try to bring the sketches into the project tomorrow. The sketches will have both some improvisation on the previous two projects as well as geometries for the new ones.