My first project was an underwater bus for Michael Phelps to explore the deep sea. I was drawn to many of Phelps’ physical characteristics, mainly his height, long wingspan and flexibility, all of which I felt I could illustrated via an articulated bus. The design is long and flexible, contains multiple compartments, and included grand and spectacular “arms” like Phelps, and is made of gold to touch on Phelps’ desire to win gold medals in the Olympics. Unlike Phelps’ typical experiences in the water, where he is moving rapidly and trying to win a race, this vehicle is for deep sea exploration. There are still enemies that Phelps will encounter in the deep sea, which is why the vehicle contains components of many different ocean dwelling creatures. The crab claws, the scaled tail, the octopus arms, and the anglerfish head all provide protection and camouflage for the vehicle, allowing Phelps to ride around undisturbed. The renders highlight the exterior and interior features of the vehicle while displaying an interaction between the vehicle and it’s environment. 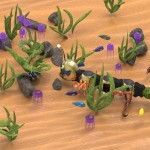 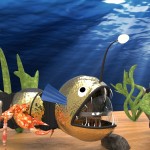 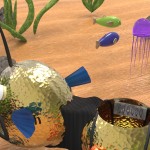 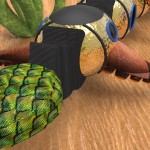 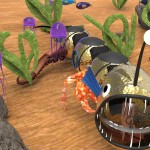 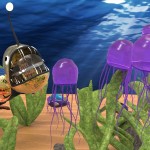 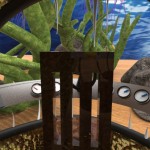 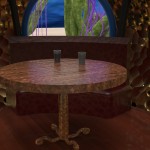 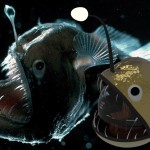 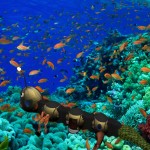 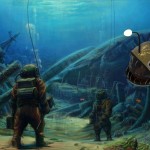