Hannibal was a great war strategist that famously used elephants to travel across long distances.  However, when he reached the Alps, he lost many of his troops and elephants.  The designed vehicle wishes to aid Hannibal’s conquests and safely guide him across the Alps.  The Alps is a very mountainous region.  Its climate is very cold and snowy.  This requires a vehicle that can traverse across this rough terrain while carrying Hannibal’s supply of equipment.  The proposed vehicle, Cirrus (named after his elephant) was inspired from three different existing vehicles.  The legs were derived from the walking machine from Star Wars.  The body of it came from an aircraft carrier while the head was inspired by an elephant.  The vehicle from Star Wars and elephants can be very intimidating and prolific.  This matches Hannibal’s qualities.  His presence was one to be feared and respected.  An aircraft carrier was chosen because of its ability to transport large equipment and supplies.  Hannibal would prefer to have people know when he is near.  Since he is very powerful, he should live in luxury and his vehicle should accommodate his desires.  His aversions are towards the cold and losing.  This vehicle protects him from the cold with its large shell.  Hannibal also has the option of sitting in bed while directing their course of action.  The vehicle also possesses a large capacity for his army and his weapons.  The vehicle has many features within its interior.  On the top deck of the control tower, there is a bar that Hannibal can use to celebrate his victories and relax.  It features an all glass exterior so he can see all of his accomplishments.  The next floor down is where he could lead his command.  The podium has a wide screen that allows him to control the vehicle while directing his soldiers into battle.  The many screens are for his soldiers to monitor the situation around this large vehicle and help control it.  Beneath this room is the throne room.  Hannibal can sit and watch his plan unveil itself and destroy his competitors.  The gold and velvet material portrays the royalty he deserves.  The last room in the tower is where all of the electronics are contained.  The servers and technology needed to operate the vehicle is housed here.  In order to travel between rooms, an elevator was installed.  Within the body of the elephant, Hannibal’s land vehicles are stored and maintained.  A catwalk connects the elevator to the head of the elephant.  A spiral staircase is used to walk down to the storage level.  Hannibal’s personal bedroom lies within the head.  The bed matches his throne and will excellently provide comfort to him.  Cirrus can travel through the Alps because its ability to fly and walk. 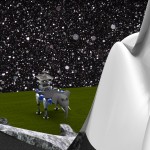 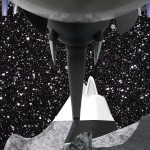 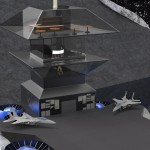 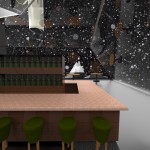 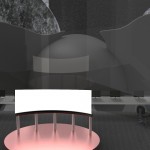 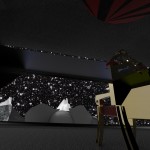 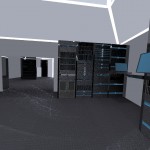 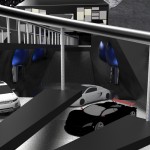 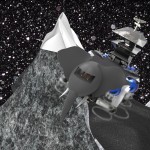 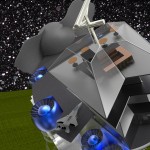