Genghis Khan has been notorious for his military leadership. His leadership is a harmonious balance between order and flexibility. The full-cavalry army of Khan is always in motion, yet the movement is smooth and not chaotic. Therefore, a vehicle for Genghis Khan will not only be powerful and flexible but also strike fear to anybody who come in his way.

As for the harsh environment, I would choose a tsunami. A tsunami is also total and sweeping. It would really frustrate Khan as it totally threatens his life but leave him with no flexible options except to run away. Furthermore, as his personality represents fire, a quick, powerful yet flexible force, water would be the obvious antithesis.

Several important elements inspire the design of the vehicle. I chose a horse for Genghis Khan as this is the single most important factor for his massive success and would obviously be his favorite vehicle. I build my vehicle based on a huge set of horse skeleton as this would strike fear to the enemy (and also because Khan catapults human heads into the castle to scare the people inside). The vehicle would be well protected to resist exceptional force like a tsunami. The cavalry also includes wheel and a jet engine in the tail to provide him enough speed for his escape. As for decorations, I incorporate the pattern found in Mongolian crown to make a noble appearance. An avid equestrian, Khan would prefer the old way of riding horse to the modern automobile handling system. Therefore, he would control the head of the horse by pulling the chain, similar to the technique of riding the horse. 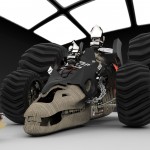 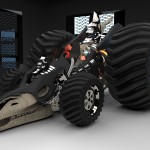 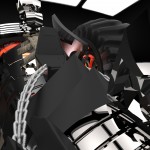 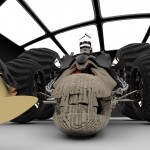 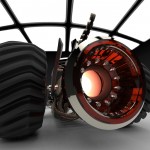 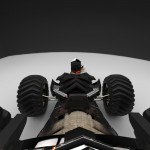 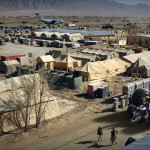 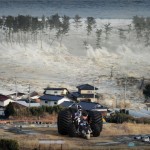 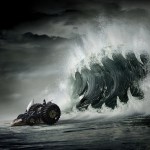 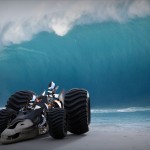 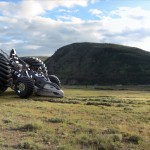