The Terror of the Crowd – Zander

For this project I designed my vehicle for Jimi Hendrix. Jimi Hendrix is not the driver, but is rather the one on top of the vehicle, playing music for the crowd. The harsh environment is a rowdy crowd at a concert, reminiscent of the types of crowds that used to accost the Beatles when they played. The type of people at the concert would be those that attended Woodstock. Instead of a aesthetic unappealing fence, I chose a divergent shape leading up to where Jimi sits, preventing people from climbing up to him. The land is also uneven and difficult for a normal vehicle to drive over.  To compensate I added treads to the wheels, as seen in a futuristic rendering of an all-terrain vehicle. 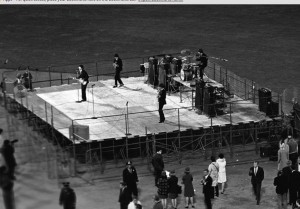 The protection that was required for the Beatles was something I wanted to emulate in my design. 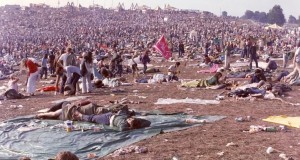 Woodstock crowd. This populated area of people ravenous for music with little regard to sanitation was the primary crowd I was anticipating would accost the vehicle. 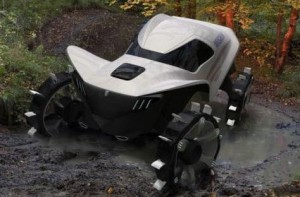 Treaded car wheels that were the inspiration for putting this hybrid of treads seen on a tank and on a regular car.

Jimi Hendrix is a relaxed guy. All pictures of him playing he is wearing very thin and light clothes. His biography also mentioned his more relaxed lifestyle. Therefore he will be sitting in a hammock on top of the whole vehicle, playing guitar while he sits down, the guitar resting comfortably along his body. Jimi doesn’t like interruptions to his music, therefore his elevated platform will enable this flow to maintain. 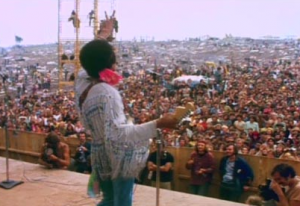 This demonstrates how thin and loose Jimi’s clothes were. They fit themselves well with his relaxed personality, which can be seen relaxing on a hammock playing guitar for the crowd.

I thought it would be ideal if someone else was driving as Jimi was playing music. The person stands in a spherical module that is similar to a prison tower. The person driving uses the rectangular window to both see out to the crowd while also looking intimating so no one tries to climb up to Jimi. 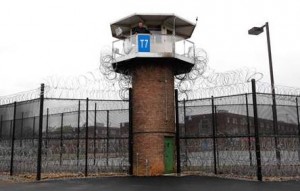 A prison tower as a omniscient monitor of all surrounding activity, ensuring that peace is kept.

I added a handrail and a flat platform to create stability to hold the tower and double as a dance floor. Also the platform that Jimi is on slowly revolves.

I plan to add a door that allows for Jimi to climb to the top as well as more developed wheels and internal components for the driving controls. 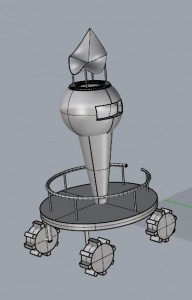 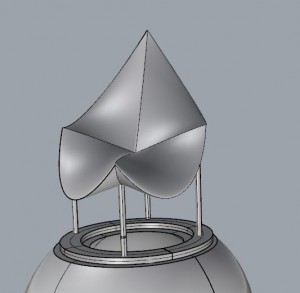 Hammock/relaxed chair. Will have to do more work on this to make it look more realistic. Also seen is the rotating platform that will cause chair to continuously rotate. 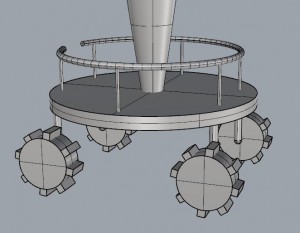 Treaded wheels for grip to the land. Banister and platform for people to dance on while Jimi is playing!